"Close Combat 2 a Bridge To Far" warm up battle, with Markkal

Close Combat 2 a bridge to far was released September 30th 1997. So its a old one.
I asked this guy permission to blog our battles. And hes fine with it.
He is a old fan of the game. He claimed he brought CC3 but never played it. And after that lost touch with the series.

First i will show you our test game. It was a practice, because hes a bit rusty. I won.
After that we played his well done Custom battles. 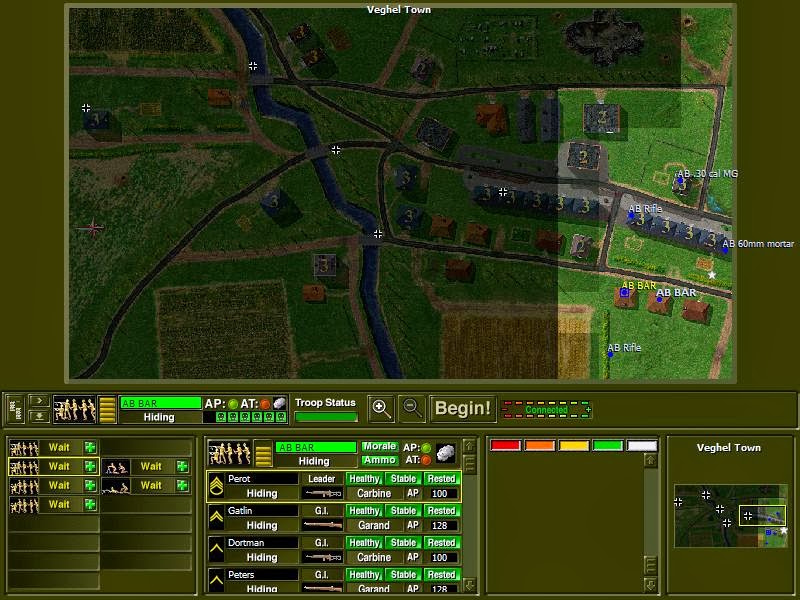 Here is my deployment. MG team, Mortar team. With 3 teams of Infantry. 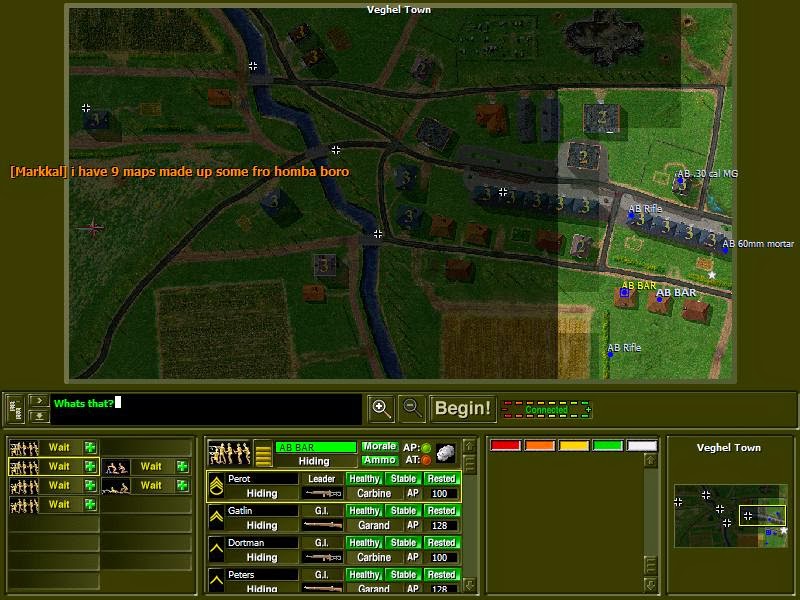 Here Markkal mentions the coustom maps he wants to play. After the warm up battle, we play them. 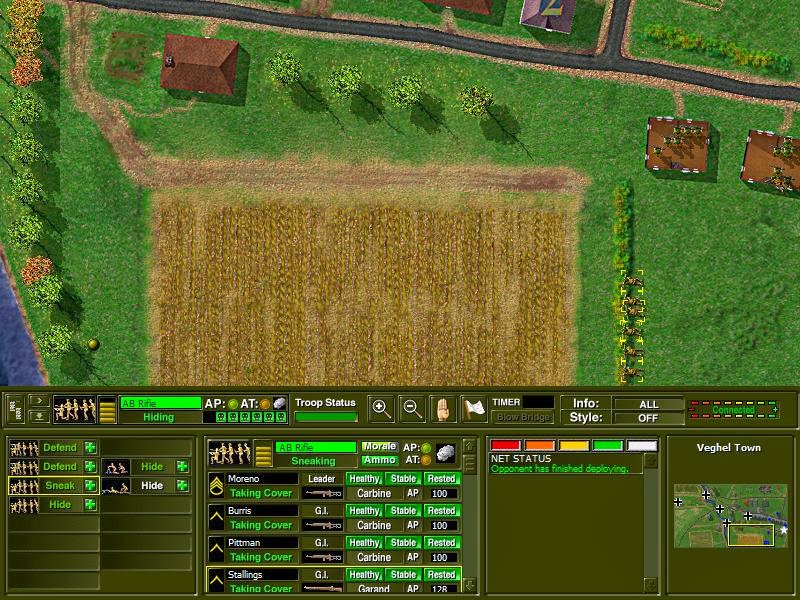 I order the AB rifle team to start sneaking across the field. They end up making past the farm and into the tree cover. Success! 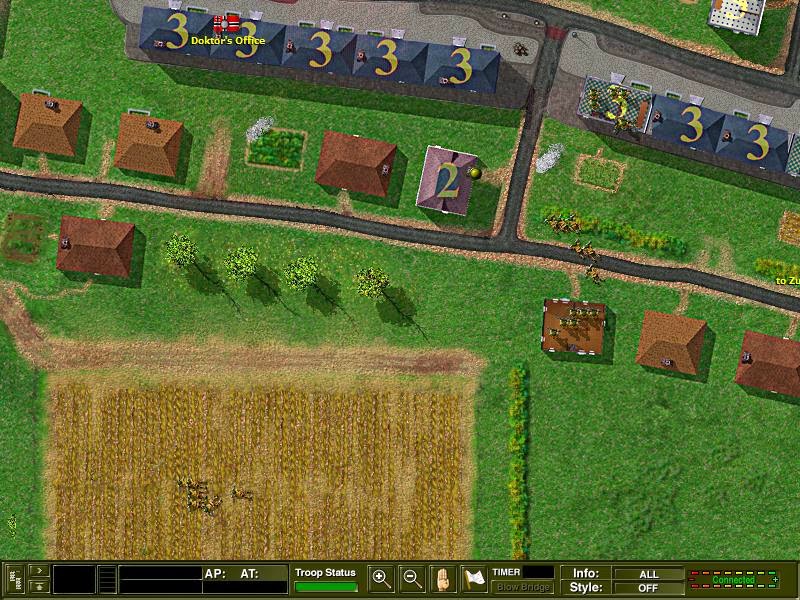 In this picture you can see the team half way through the farm patch.  And in the middle the infantry team sneaking forward into the building. 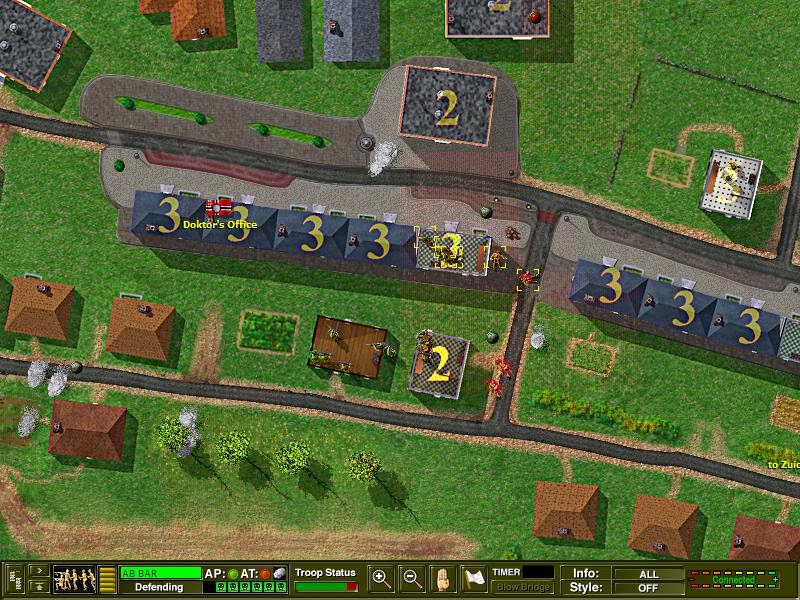 After that, its all on! My Mg team is firing and i make a aggressive push forward with all my Units.
In the picture you can see i have taken 4 casualty's. But im able to get in the enemy's face now, and throw grenades ect. 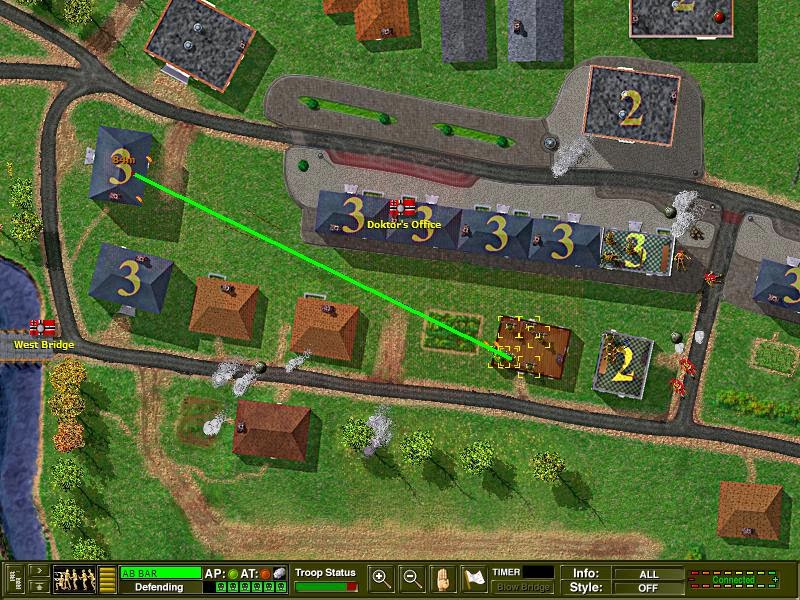 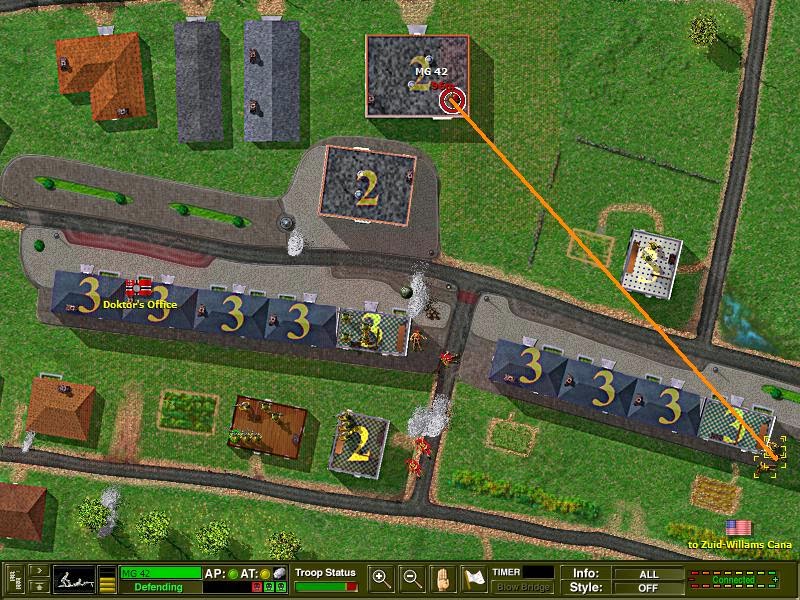 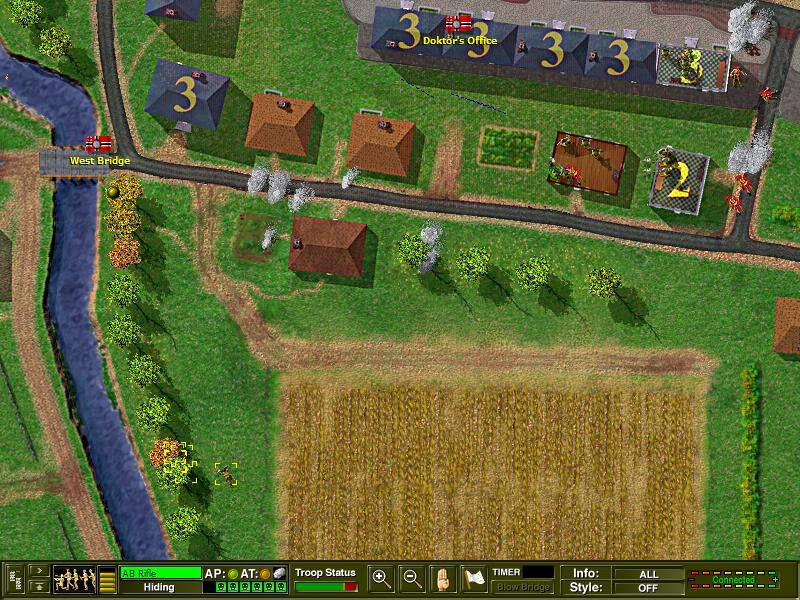 I take another loss. See my dead man in the building. 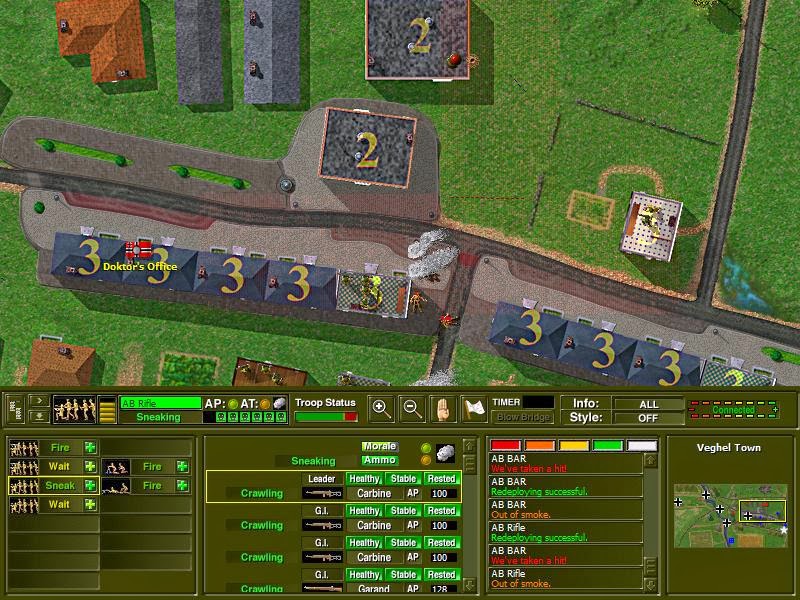 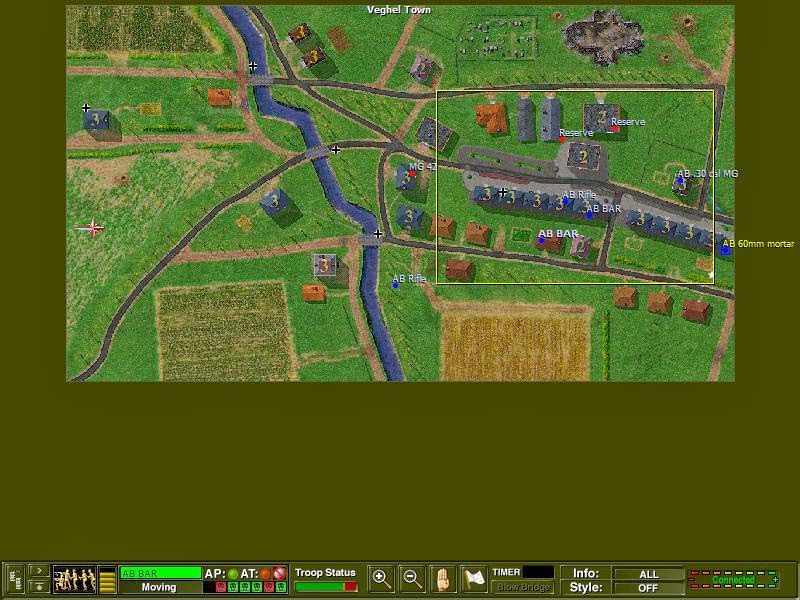 See my AB rifle team near the river?  They are making there way to the first bridge.
These German reserve units wont last much longer. 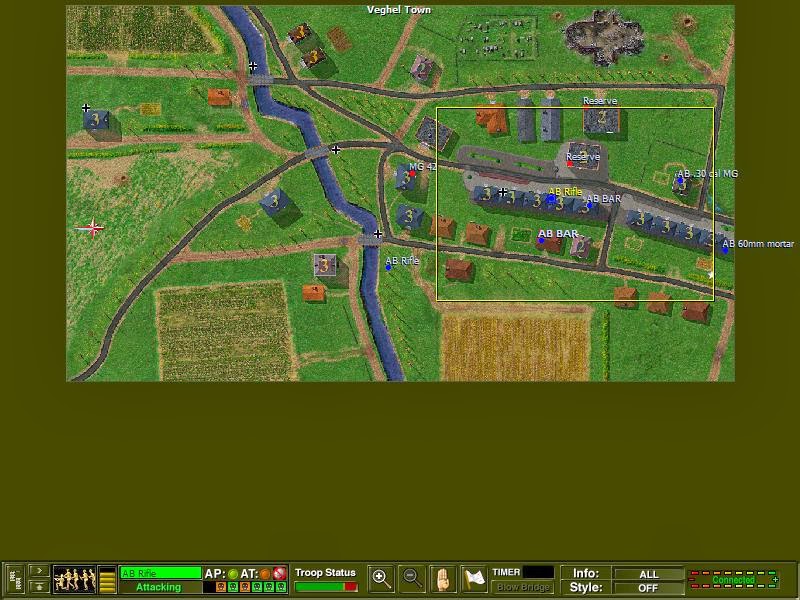 German reserves pulling back on the top right. 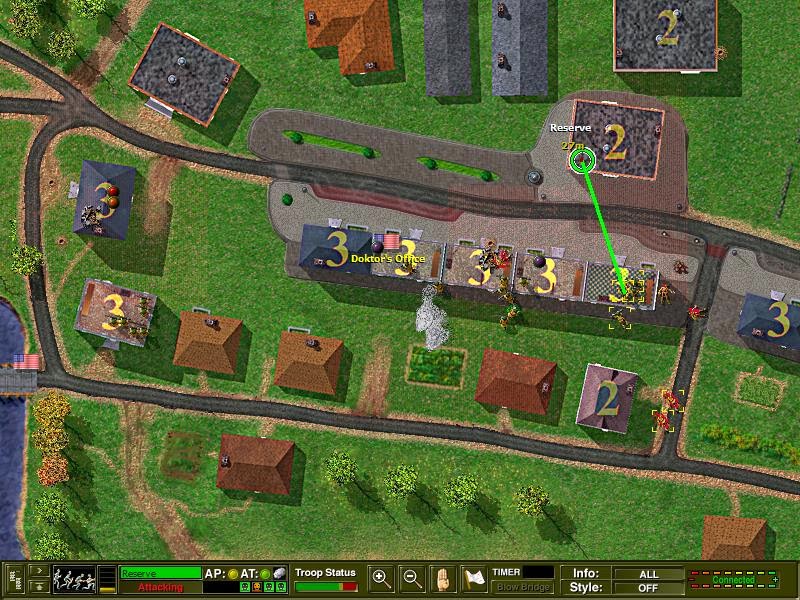 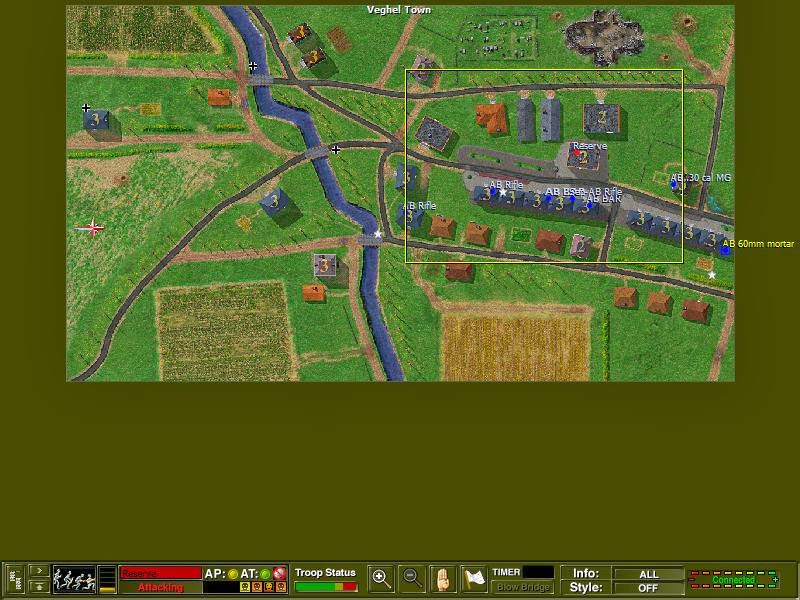 Not long to go.. The first bridge is taken, and my AB rifle team are safe in the building. 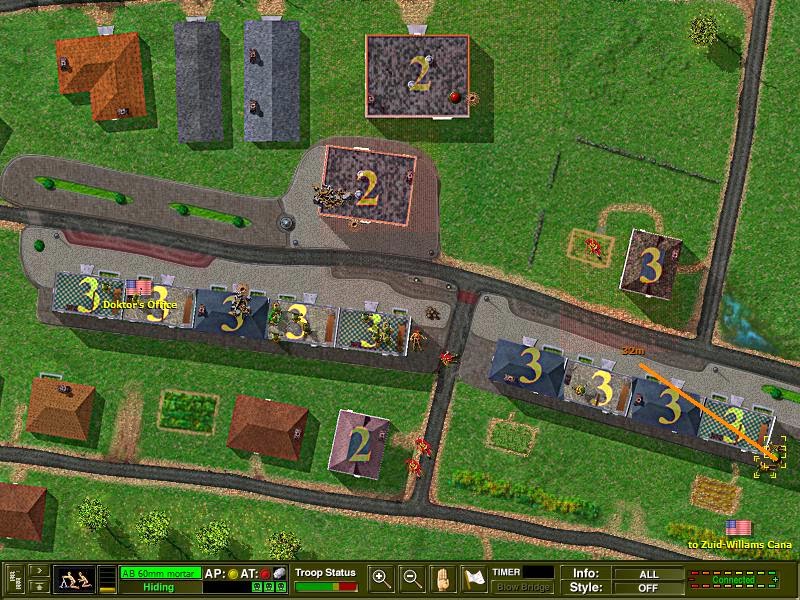 The VL Dokotos office are taken. And i use the last of my mortar rounds on the surviving German reserves.
Note: my mg team are annihilated. They game out of there cover by mistake and are killed. 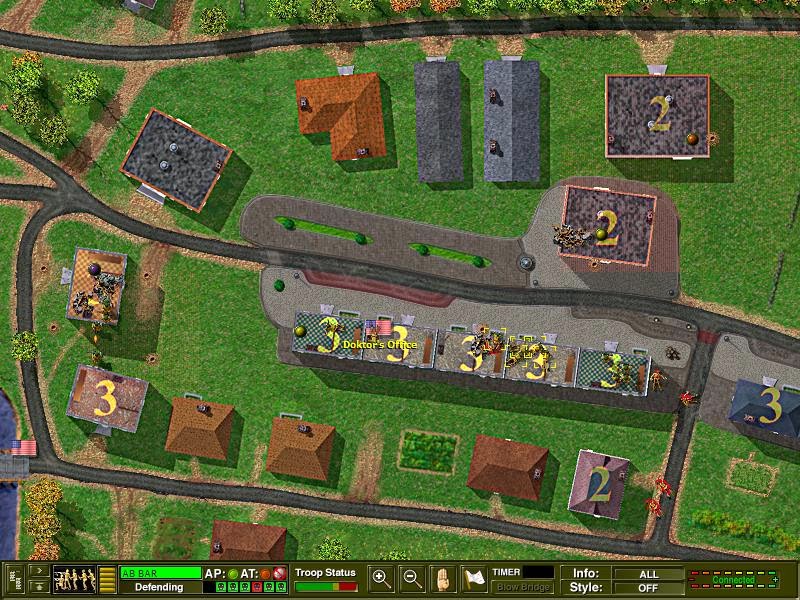 After crossing the field and taking bridge my AB team launch a brave assault on the German MG team. 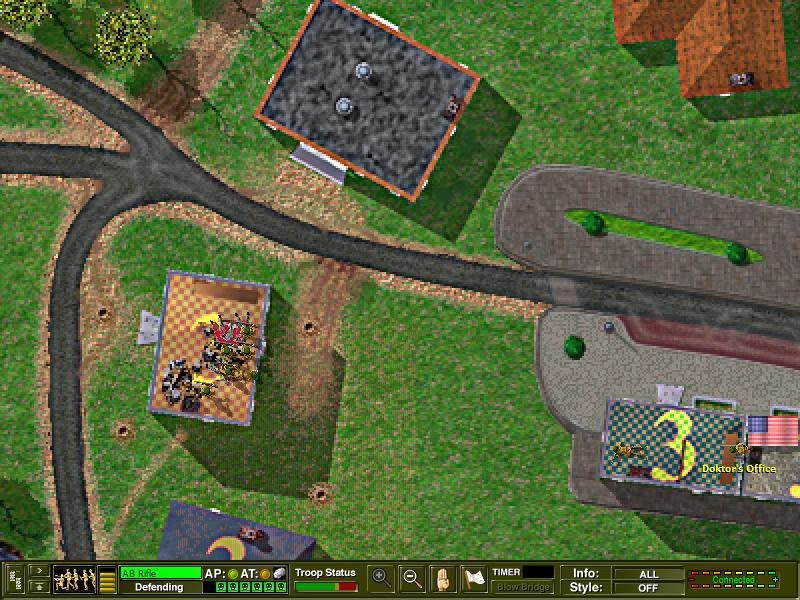 After being stunned and overwhelmed, the MG teams soldiers are bludgeoned to death.
The end of the battle. After this i was feeling pretty confident. But then we played some very well done and fair custom maps. And his skills started to show. 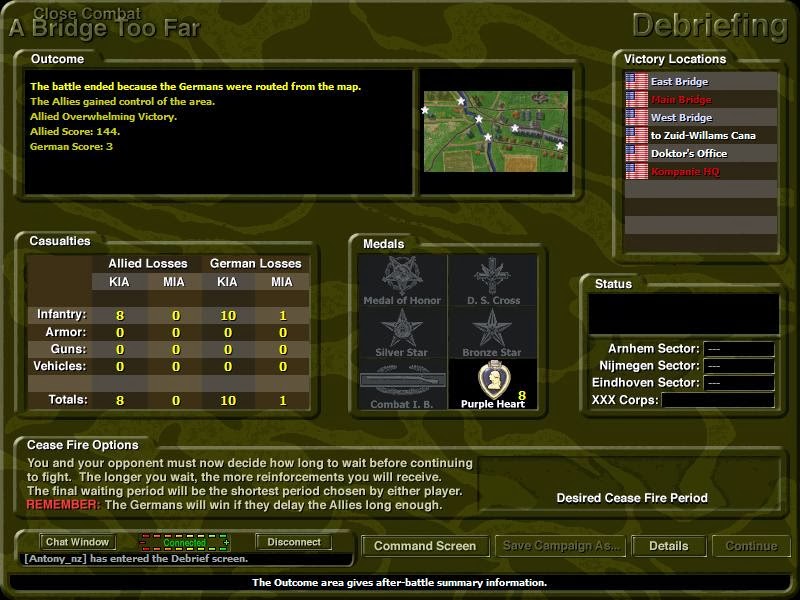 Will update soon with the coustem battles.
Posted by Antony_nz at 01:47