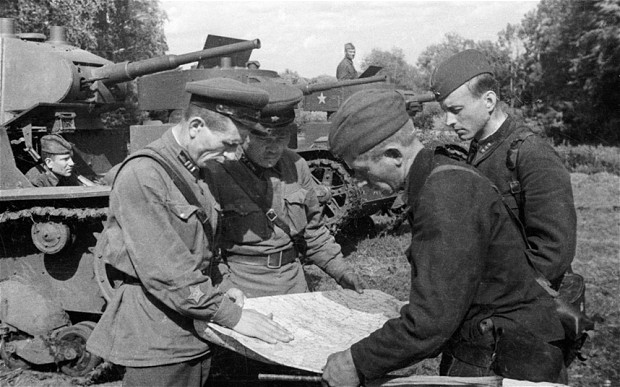 Its not all about taking on Soviet tanks and airfields. Now below the hill is Tsaritsa Woods. Its before the map West Stalingrad. So its just as important. As a stepping stone for the attack into the city. 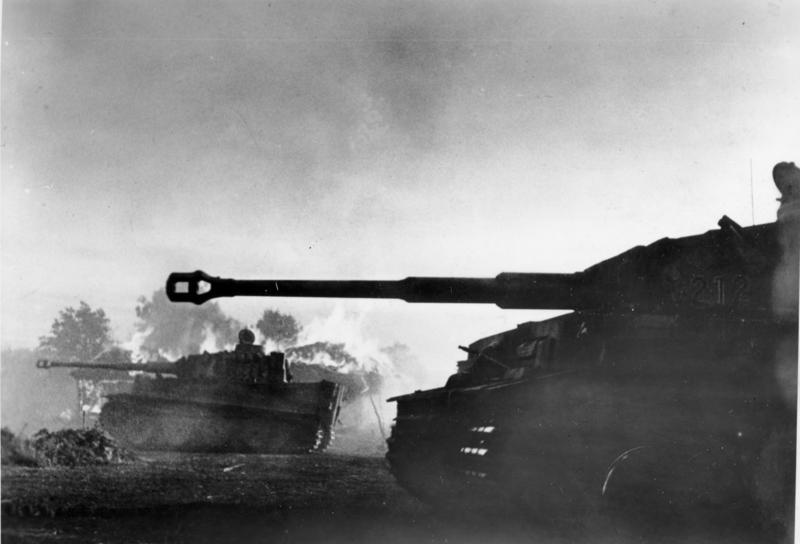 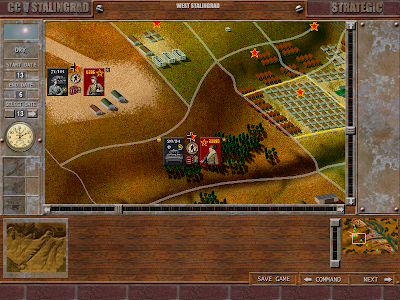 Where ever we go there are plenty of soviet troops to greet us. This time i have the Panzer IV tanks. 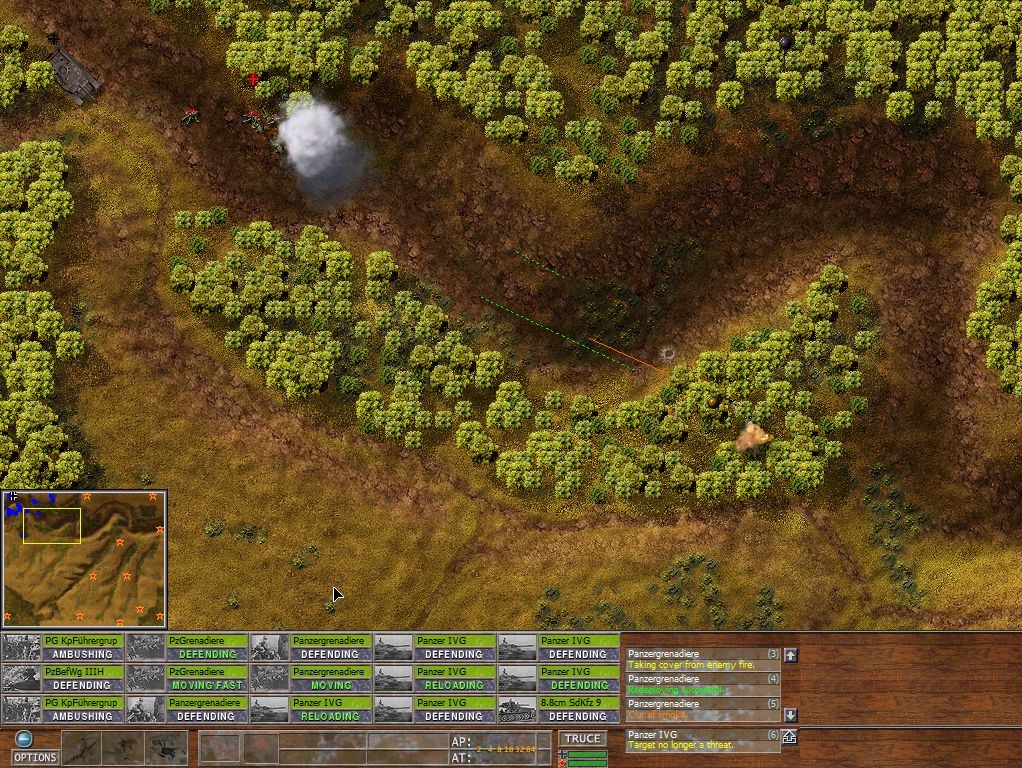 It looks like a peaceful little forest. But the forest serves as cover for the waiting Soviet troops.
A sniper manages to kill a German group leader. And its not long before German troops start taking loses while trying to move under the blanket of the trees.
At some points they even walk right into Soviet troops leading to close combat fire fights and grenade exchanges.
I am quick to get my tanks into position for fire support. 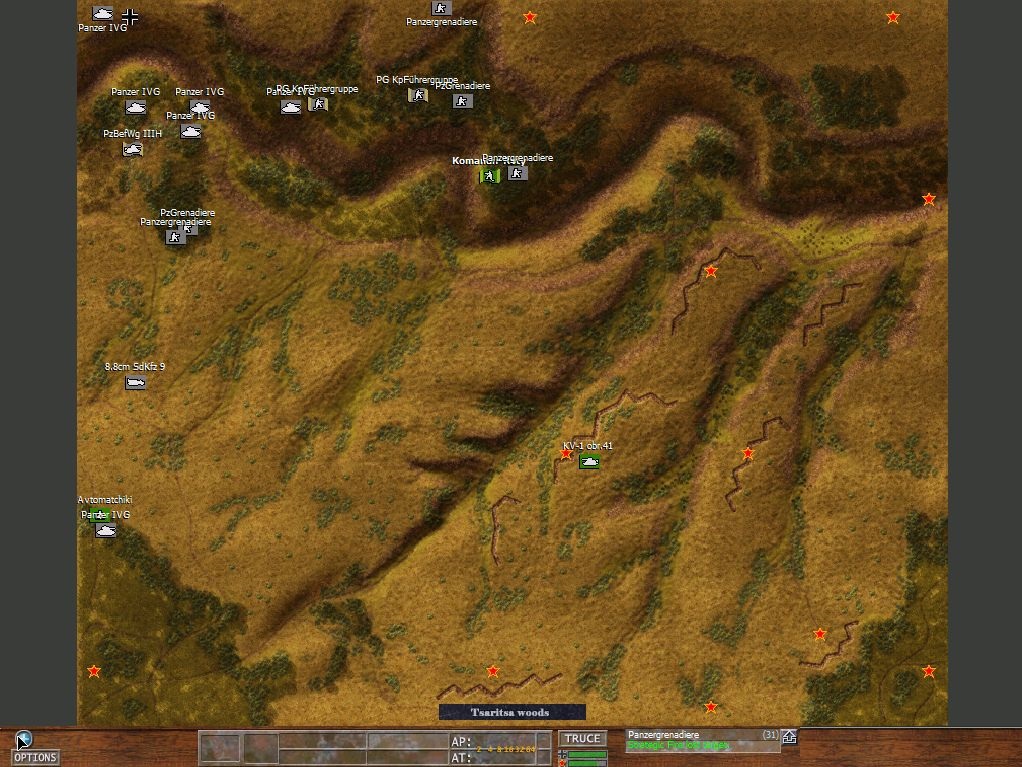 Above you can see my troops moving forward under the trees.
South of the map you can see my Panzer IV and my half-track moving across the field too capture the southern forest. This is particularly dangerous for my Half-track as there is a KV-1 Russian tank in the middle of the hill. Surprisingly it failed to destroy any of my tanks.

And soon i was able to knock it out  from a distance.


When my Half-track made it too the Soviet trench it came under grenade fire.
After that it was all a mad rush to try and take the Soviet trench line in the middle.
All my tanks quickly moved out from the roads and trees and were in full throttle across the open plains. 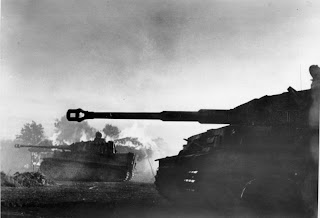 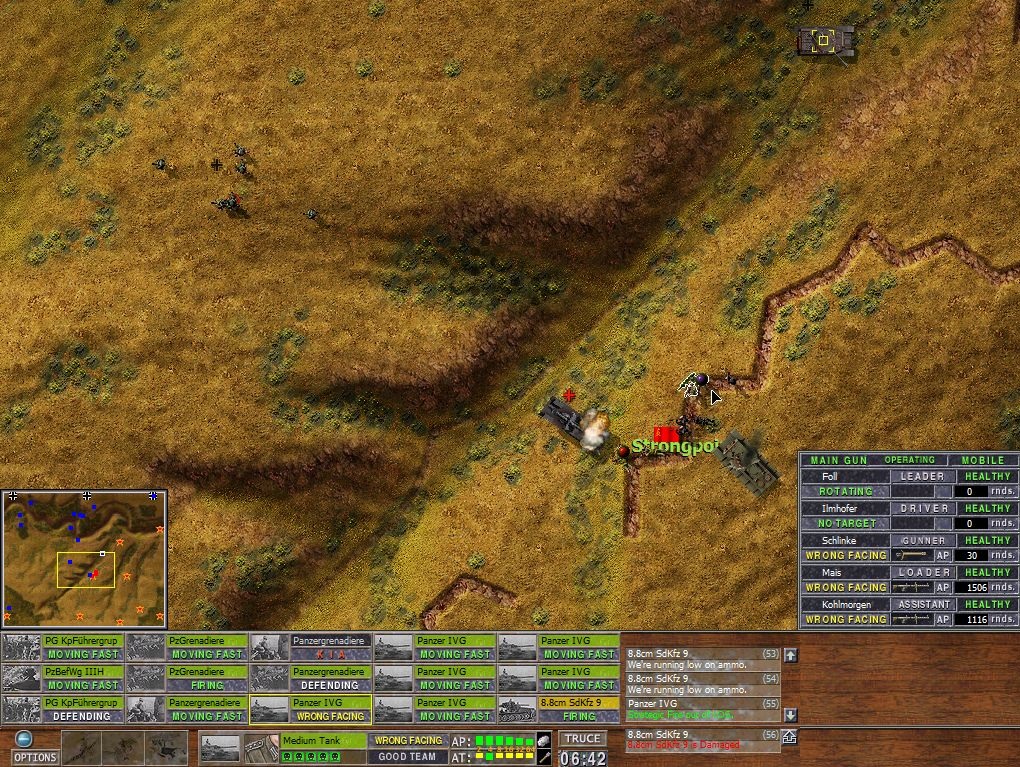 With Russian morale low i was surprised to see a decent crop of defenders in the trenches. German troops from the top north forest were quick to get to the banks. There they opened fire on the Russians.
My German tanks followed. By then Soviet Morale was shattered and were forced to regroup.

I will have to wait until the afternoon till next battle.
Force morale on and the 15 mins timer is a huge set back for me. 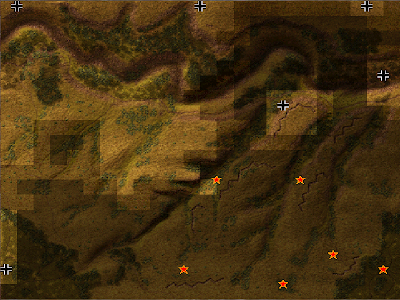 But at least im being held off. 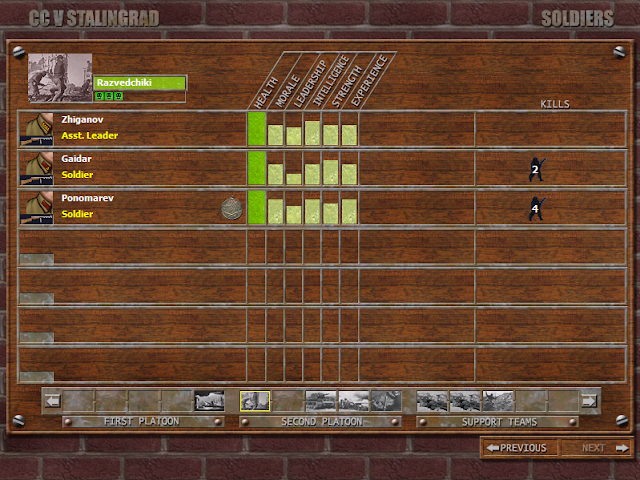 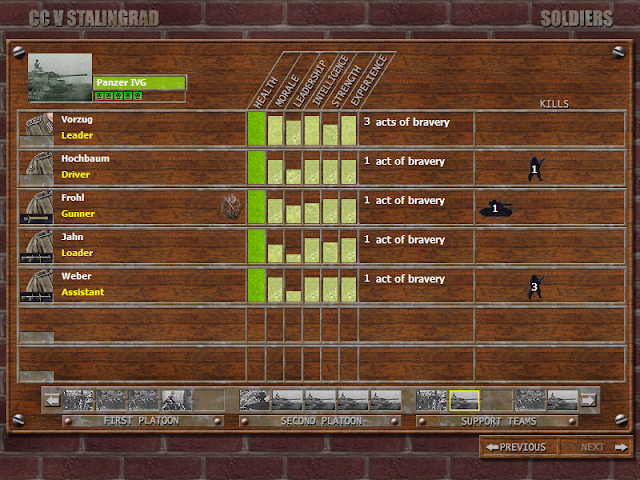