As the tank battle is being stalled in the ridge it is time for us to take the airfield!

This is a prized objective for the morning. 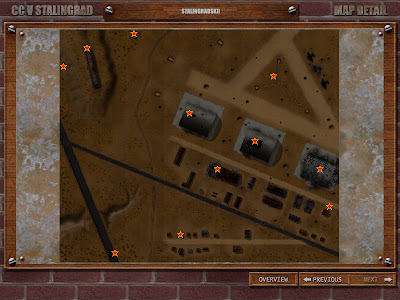 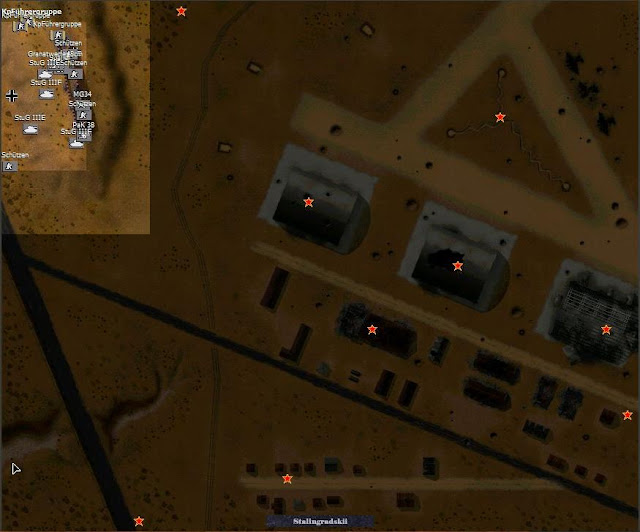 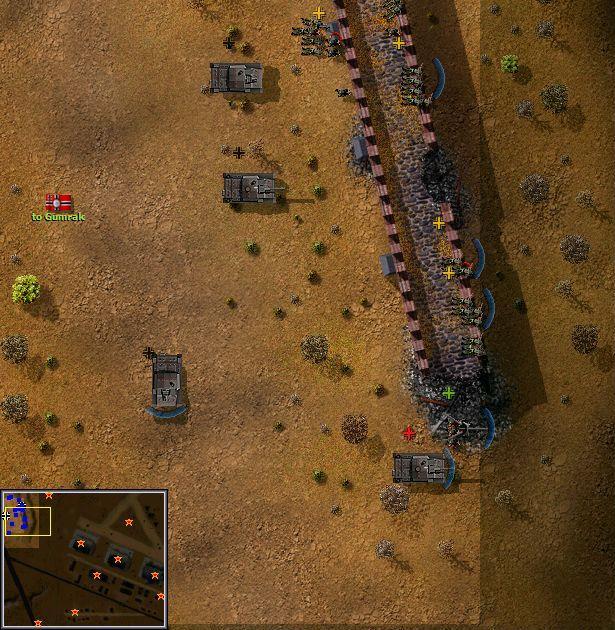 This structure is naturally a good defense line. 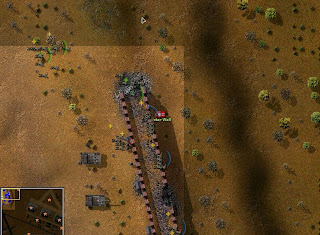 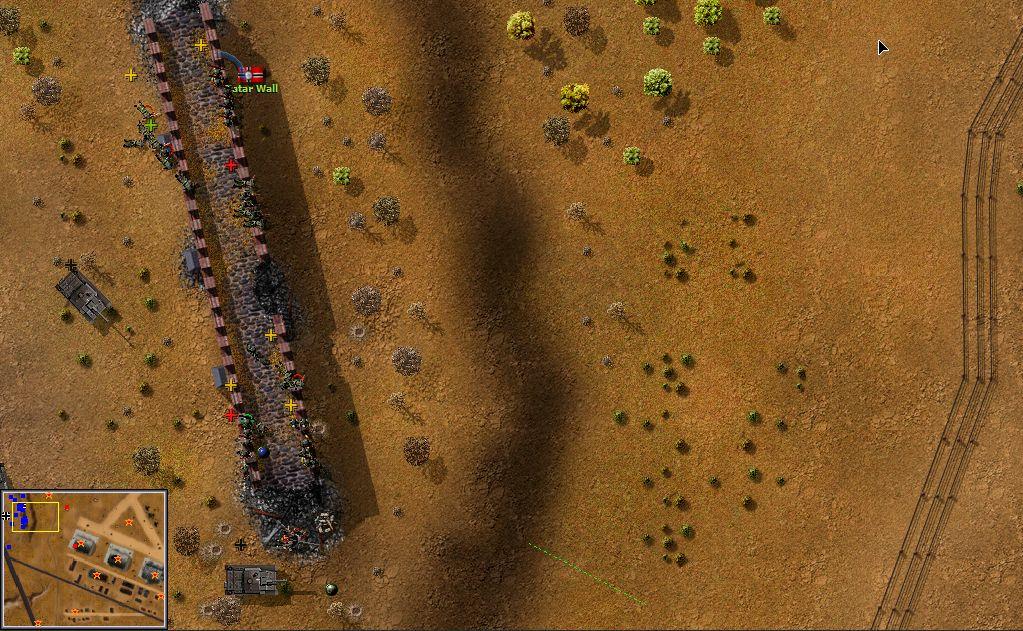 The battle starts.
Slowly the the rate of fire increases.Heavy rifle and MG gun fire is directed to the hanger and soviet gun pit positions. 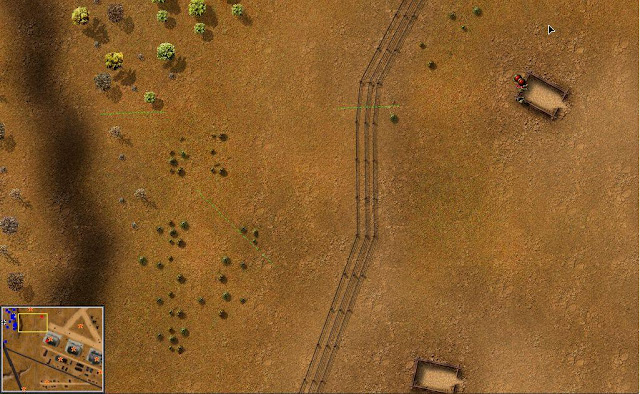 Time to get cracking! Soviet morale is low. Lets move out and take this airfield! 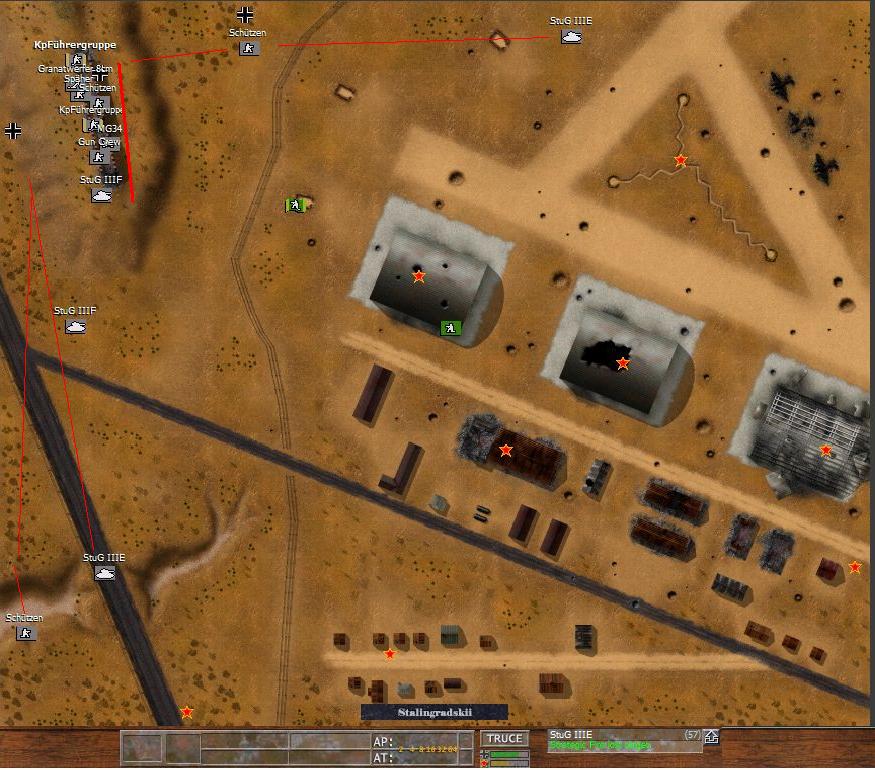 Hey whats that in the middle! A soviet group leader! I didn't no he was there! The bastards were hiding
You can also see there is a attack to the North and south of the map.
Is 1 tank and 1 infantry unit enough for an attack? 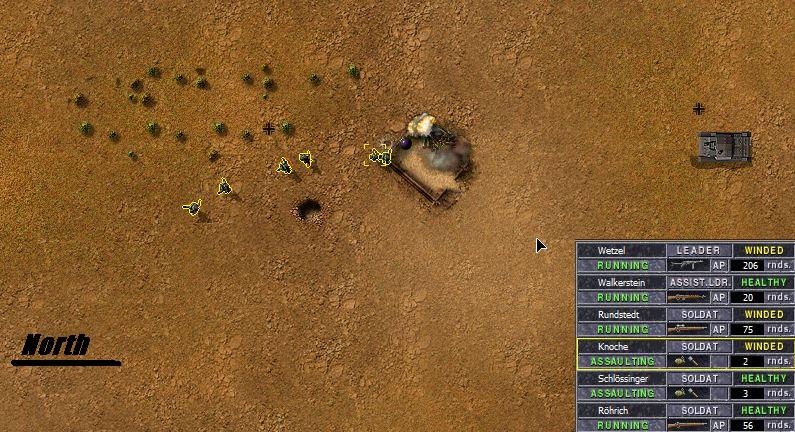 AGGGGGGGGGGGHHHHHHH
My troops were russian towards them. And they were never stalin.
I had a tank there but they never managed to hitler-it..

Yes. True heroes leave the safety of the wall once there ammo is out and charge the communist position to the north of the map.

Meanwhile in the south... 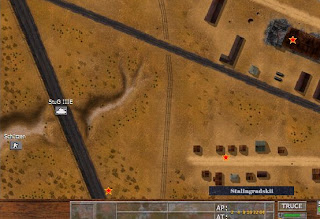 After a long firefight around the deployment zone have i left it to late? 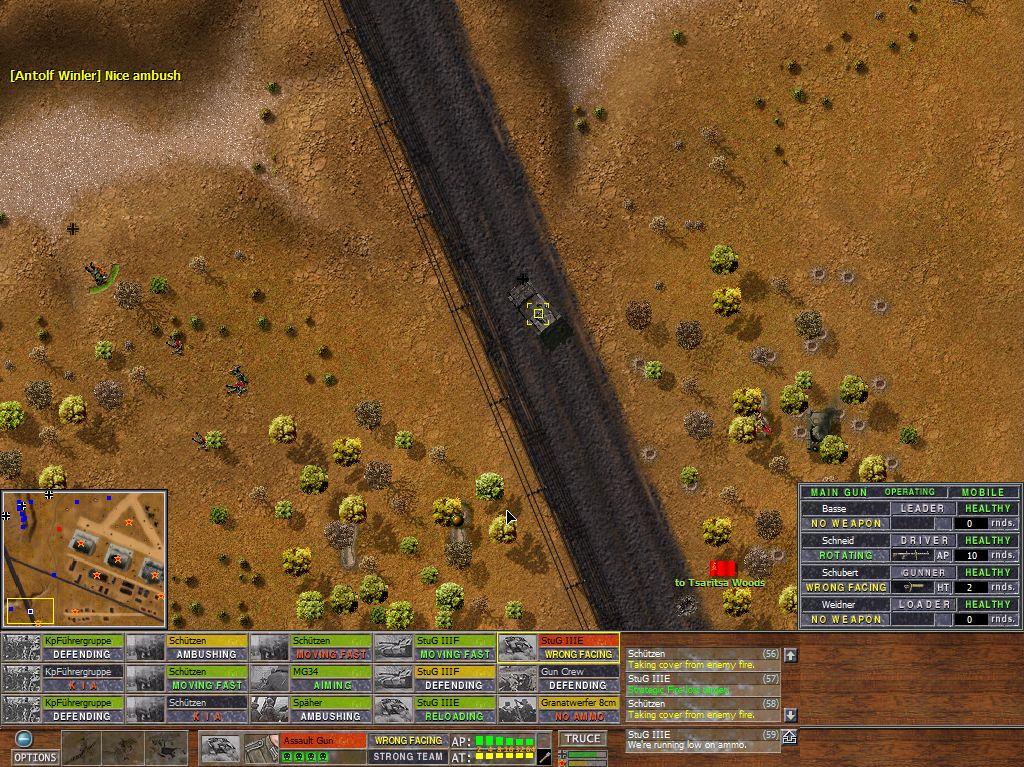 Nice Ambush by the soviets. My tank is trying desperately to kill the Russian soldiers in the trench.  My Schutzen units thought it was safe to move into the woods. But fell into a ambush.

Above you can see the 3 soldiers who were shot. The group leader is safe behind the bank. While the forth soldiers is crawling next to his dying buddy. What a helpless situation. Very brutal. . . 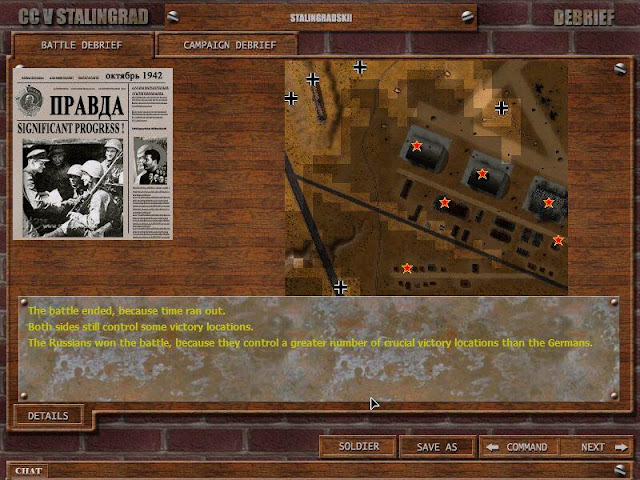 The German spent to much time with there heads down in the rubble and not enough time attacking the air plane hangers.
High command is not happy! 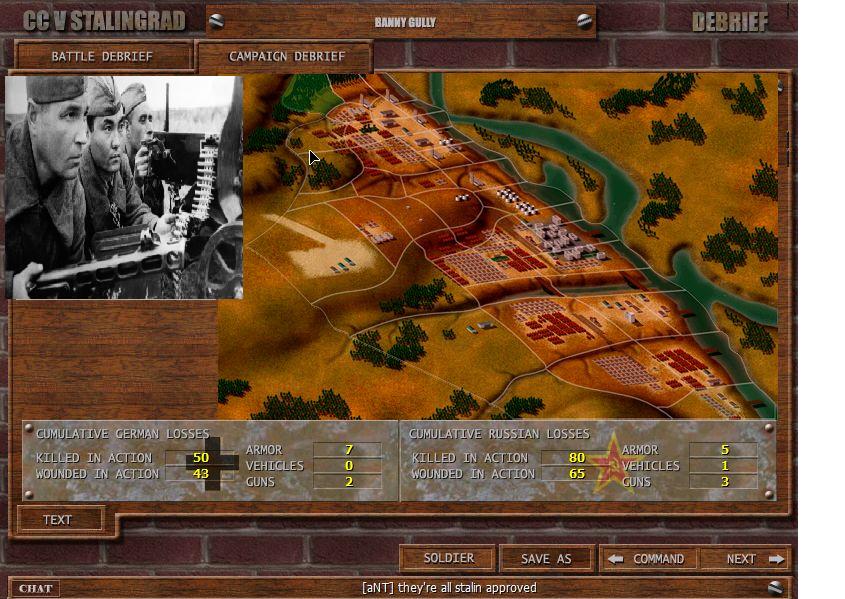 In close combat your soldiers act like real men. Unlike other games, your troops feel like real people.

One of the beauties in Close Combat is to follow 1 particular unit or soldier. Pretend they are real and watch them go through the hell of war.
Whats the point of doing this in Stalingrad when the life expectancy of a recruit was 1 day in some cases?
well,
I didnt set out to pick a German soldier. A Russian soldier found me. :)

His name is Antonov. With such a awesome name i think hes worth keeping.
He also made 4 kills. Hes from Siberia. All he wants to do is survive and win the war.
We will be keeping an eye on him from now on. ;)