After some much-needed R&R at the hospital. We become aware of communist activity in the area.
If the 4 casualty's we take during the landing seems bad. Things are about to get allot worst. 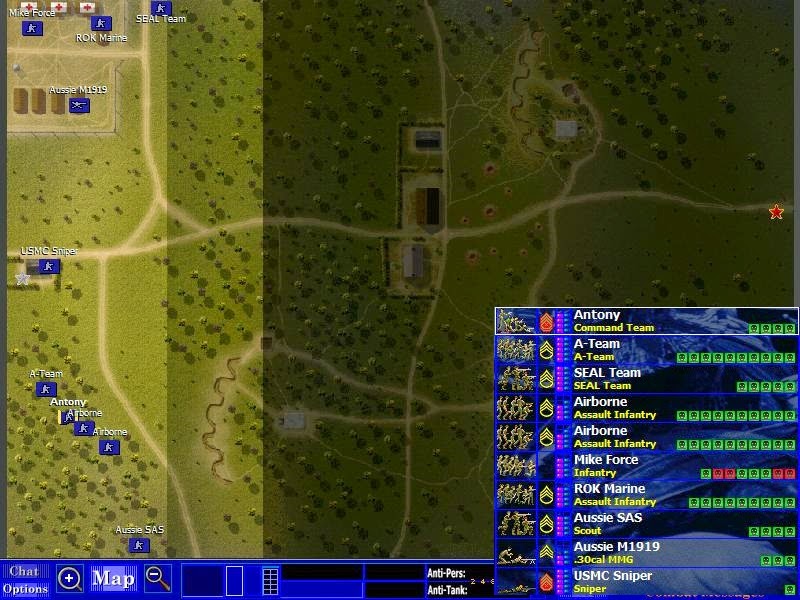 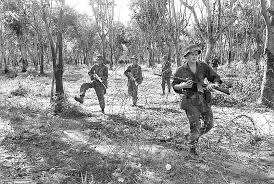 In the photo above, you can see my deployment.
I underestimated the enemy's numbers in this battle.

I end up moving along in a wide line. Opposite of my
original plan. 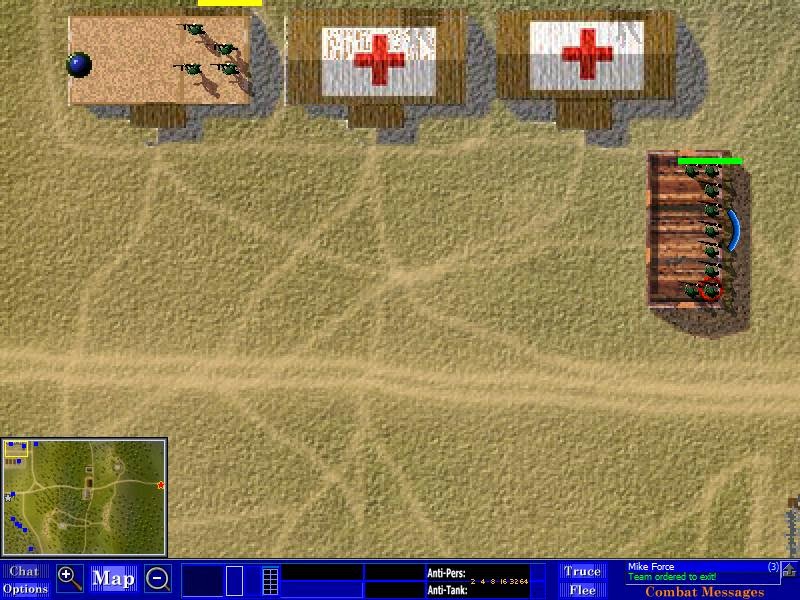 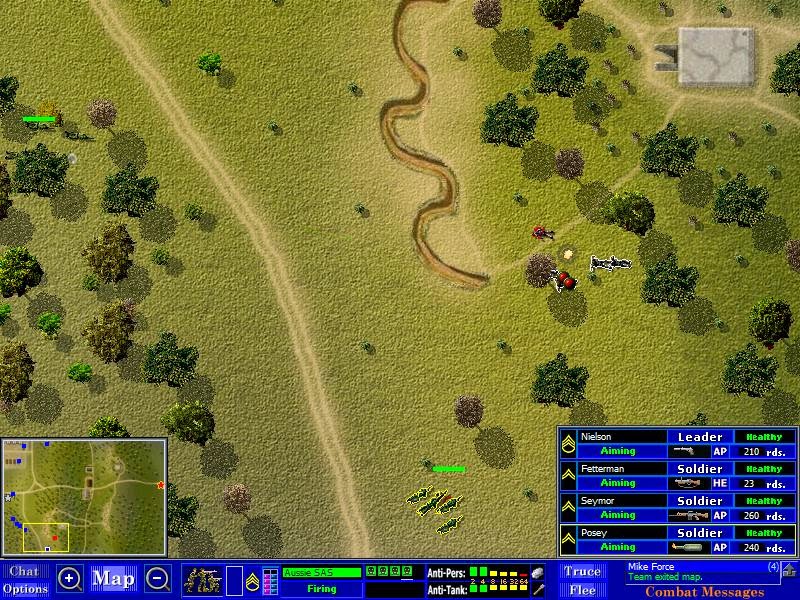 I thought all the enemies would be moped up from the Landing. I was wrong. Australian SAS move forward and receive back up fire.. 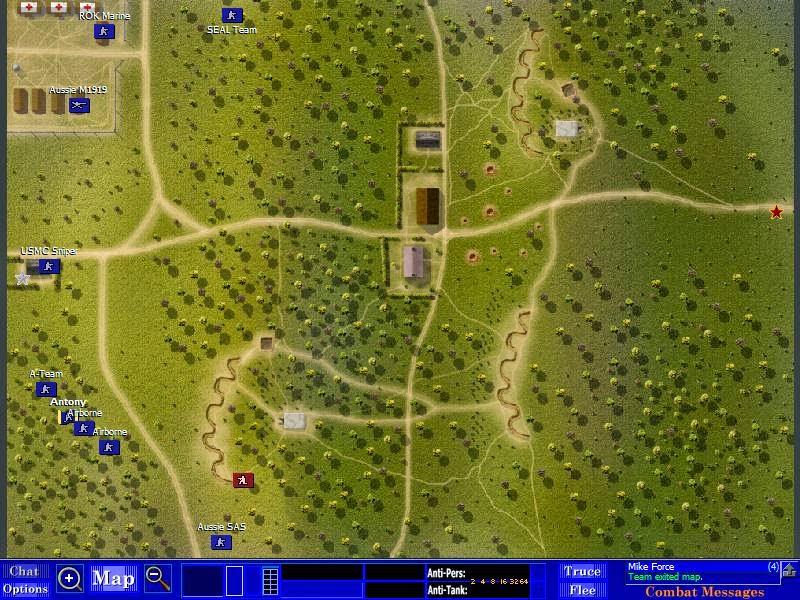 And to the north Seal team venture forward, away from the safety if the field hospital.
They soon encounter the enemy's in the bush! 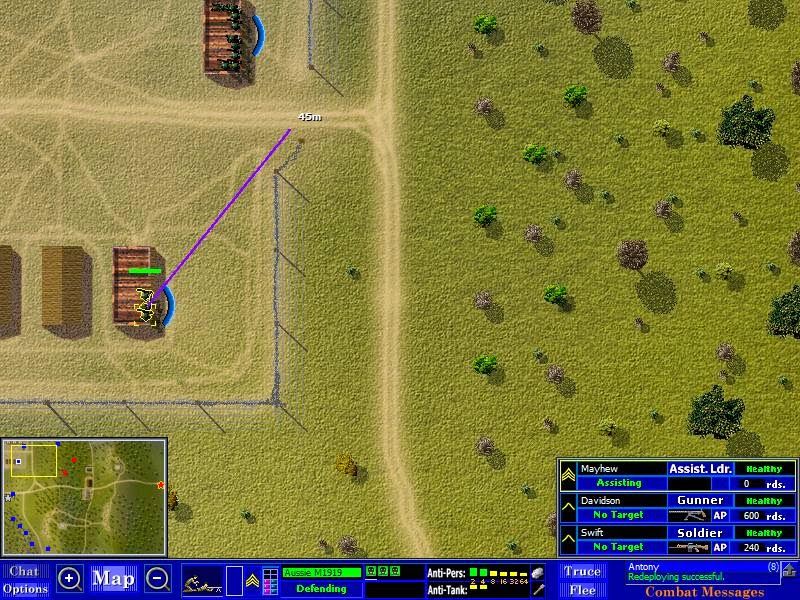 I decide to move my Australian MG team towards the entrance. For the purpose of laying fire down into the trees. To backup Seal team. 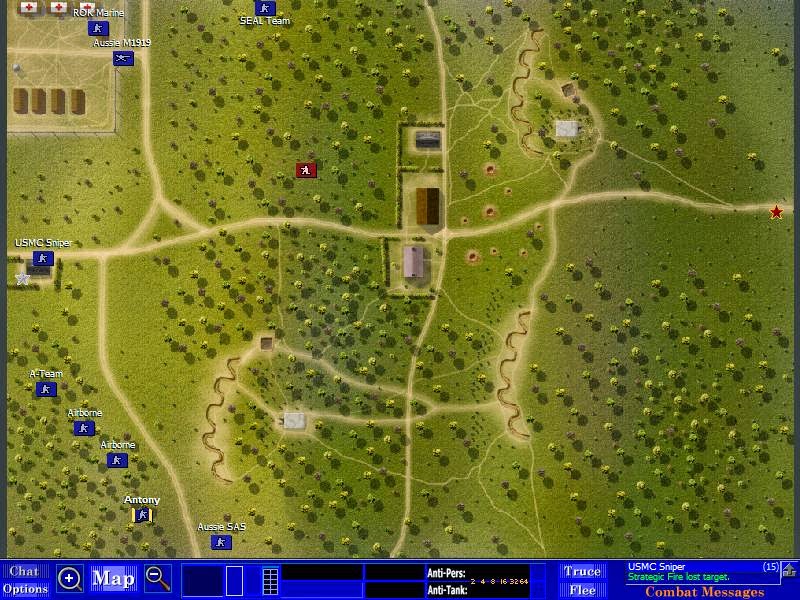 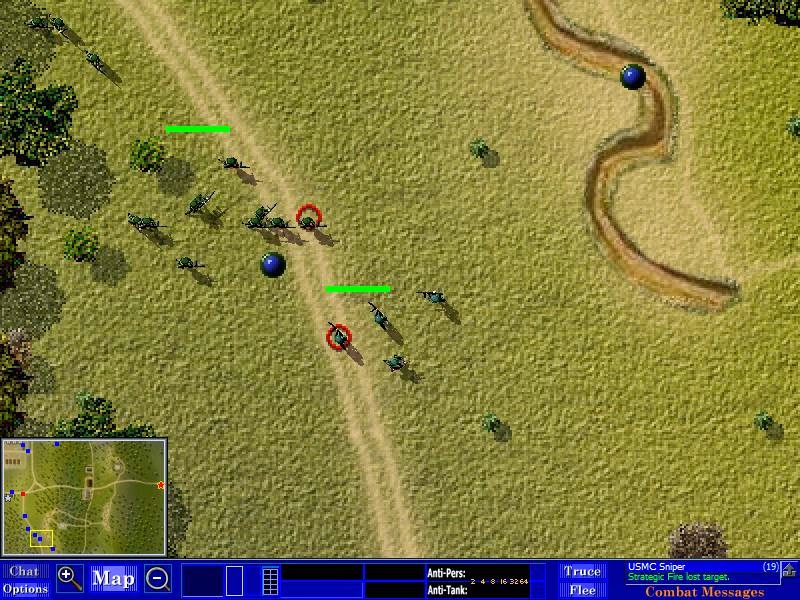 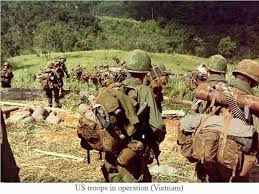 In the picture above you can see the Command team (me) screaming at my troops. Its time to get moving.

You can also see my Sniper. "Matilda" in the middle of the map. He has encountered Vietnamese. 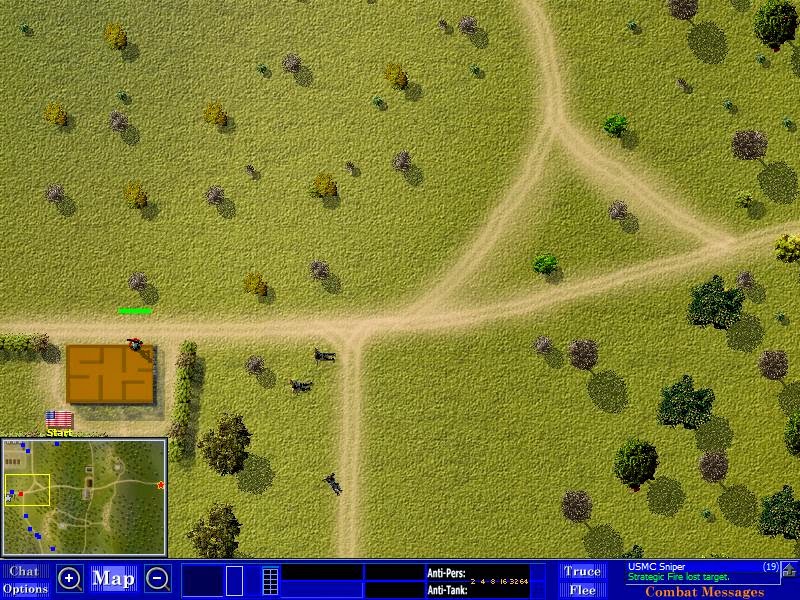 Things are looking bad for our sniper "Matilda Rose". So he calls me up, and I call in an airstrike. 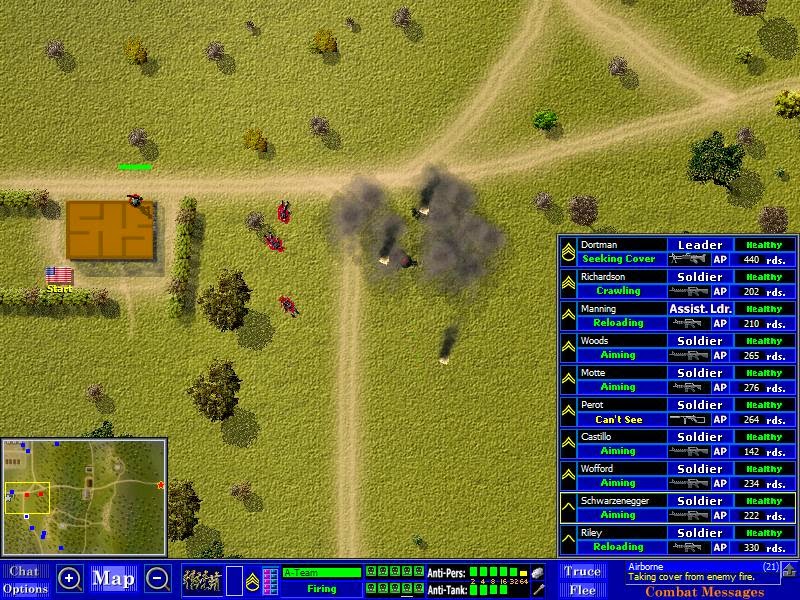 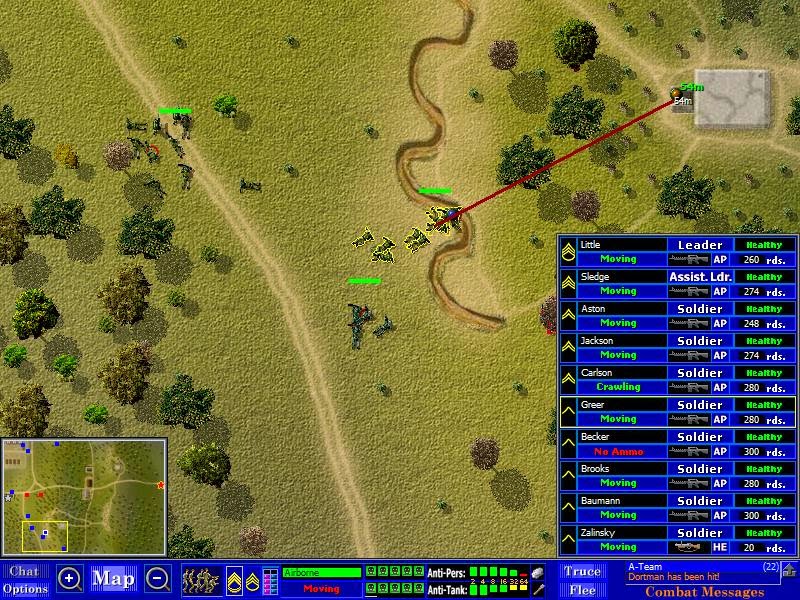 An attack is made on the pillbox. 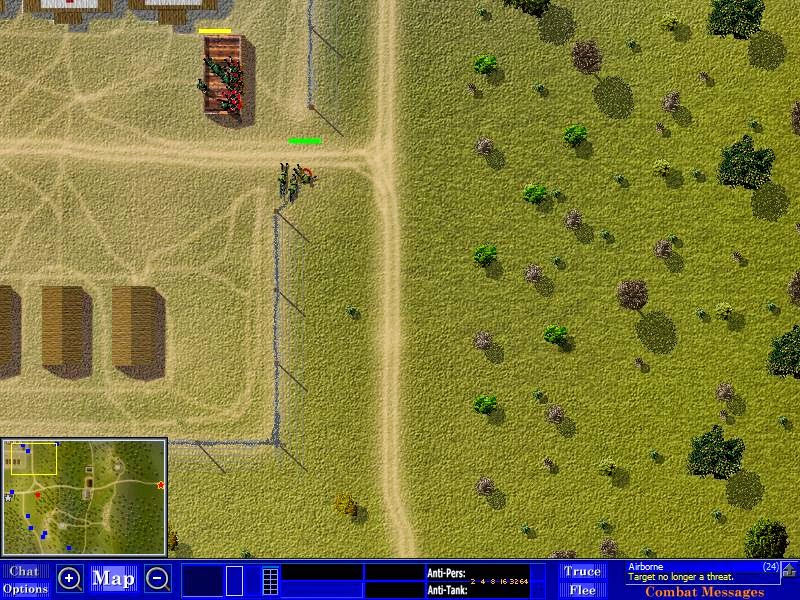 Members of Mike force are killed in the hospital. To this day i don't know how they died.
Very haunting... 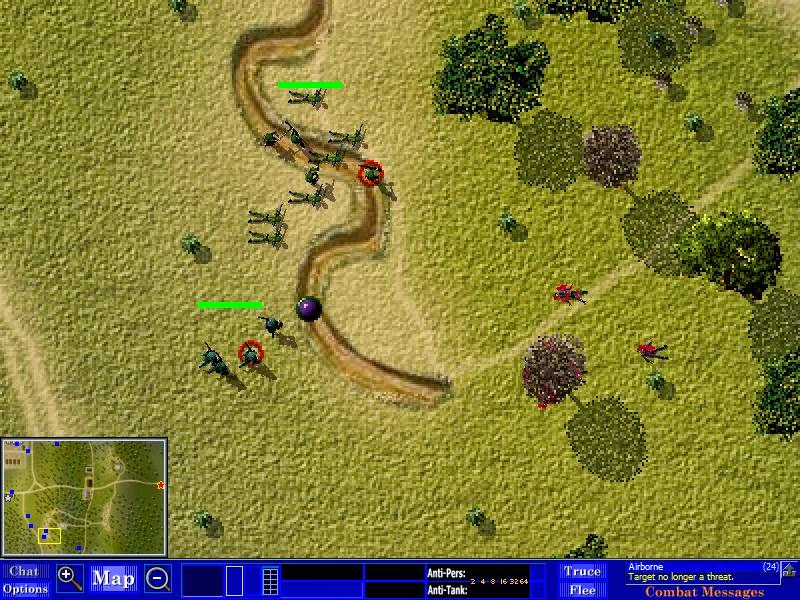 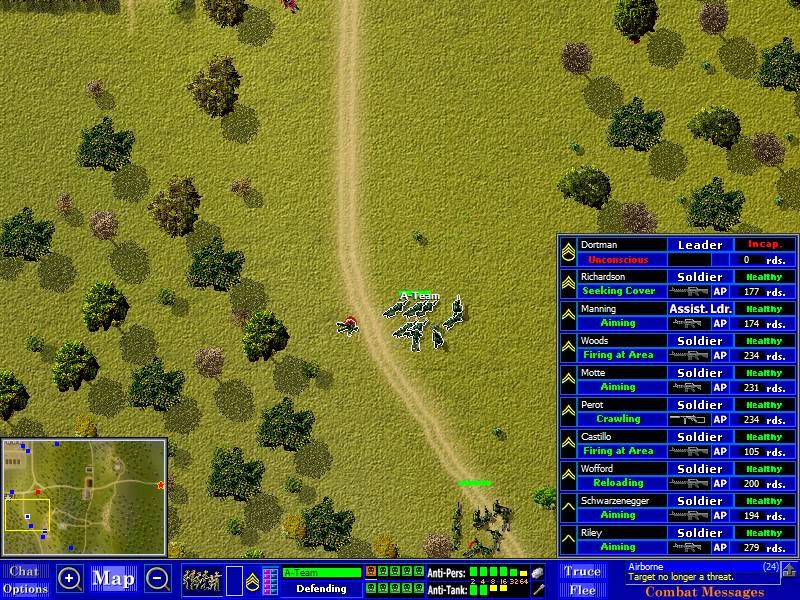 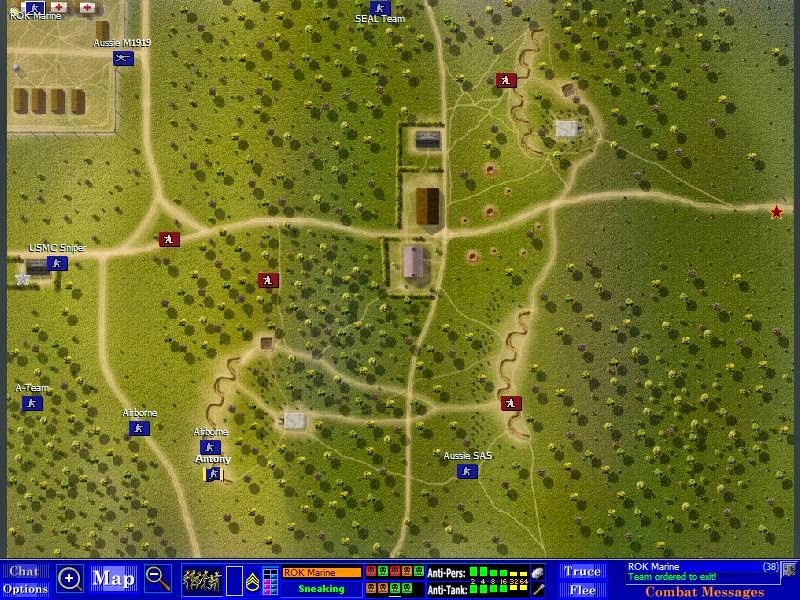 Looking from this picture you can see things are a mess. My teams are completely spread out.
Enemy's left right and center. 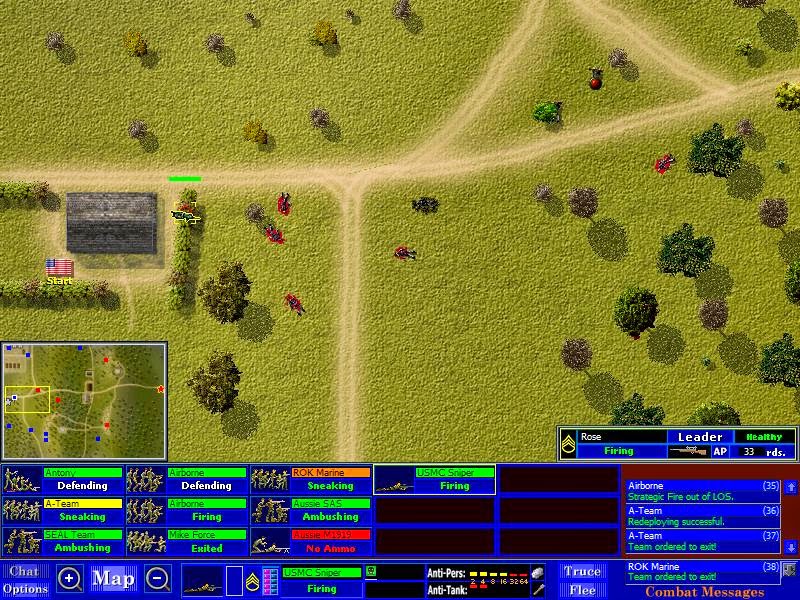 I call a truce
Enough is a enough, I dont want to lose more men. To prevent a all out disaster we decide to withdraw and rethink my deployment. 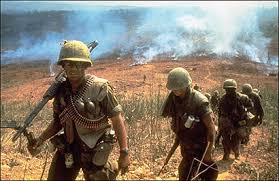 Its time to pull back. 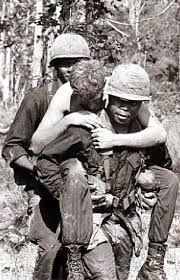 A total of 4 dead soldiers and 5 wounded in this battle.
A-team lost 2.
Airborne lost 2
and 5 Korean Marines lost!


This simple hike towards the village is turning into a 3 day nightmare.
Tensions are mounting. Should it really be this hard?
I made calculations at the start. And im surprised the enemy still has troops.
Will this end up becoming to overwhelming?
If i don't make it by day 5 the attack may have to be called off.
Intelligence suggests the V.C will receive 500 requisition points on day 5. 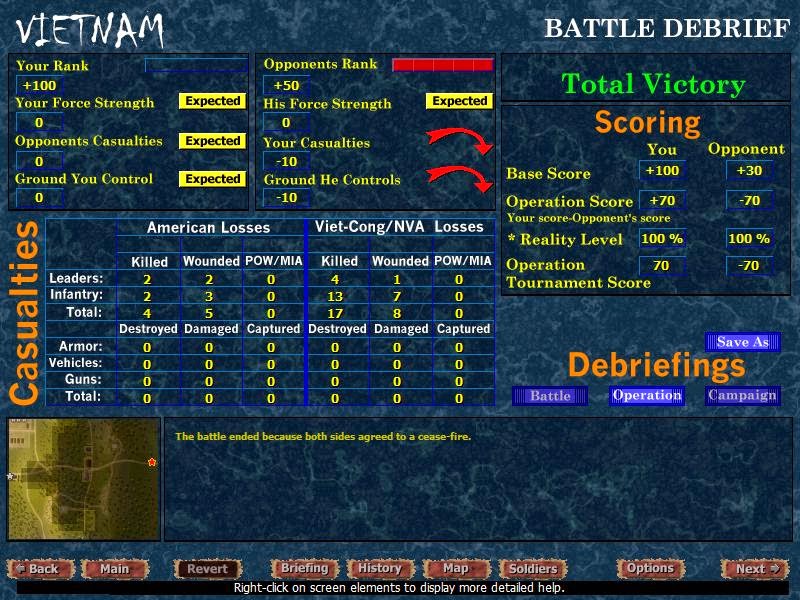