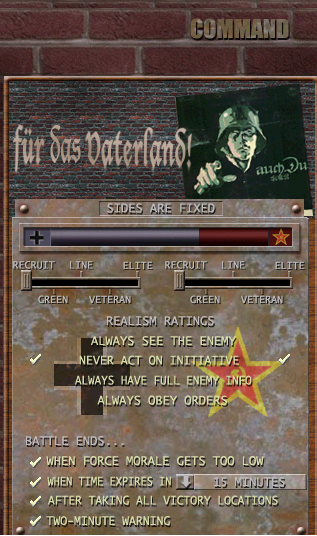 These are the game stats.
I decided to turn off units act on initiative. I didn't want doug leaving his soldiers idol by mistake. Then they end up walking out in the open and getting killed.

You will notice both sides are on recruit. That was actually an accident. I'm pissed off about that.
I wanted Germans on elite. To simulate that the Russians seemingly endless supply of troops.

The balance is in the favor for me the Germans. I plan to quickly push the soviets to the middle of the city. Then to the banks of the Volga river. 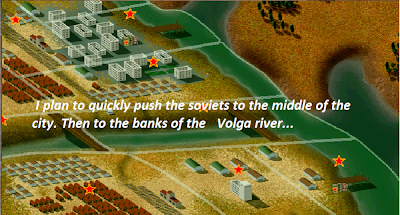 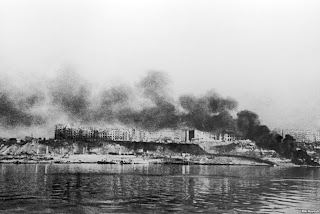