The next battle was going to be interesting. It was the first urban battle of Stalingrad. Therefore very symbolic. It also showed the soviets commanders (Doug) recklessness and inexperience. 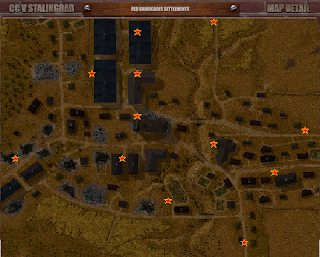 My deployment zone was very poor. I decided on only 1 tank and 1 amour vehicle.
The rest of my army was just troops. 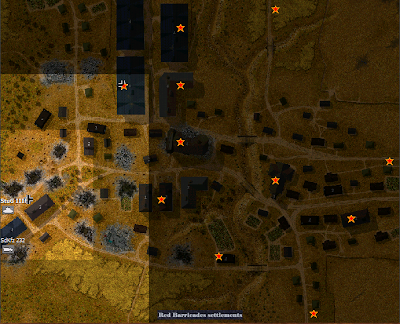 In my view Doug was in a very good position to defend this map. My deployment was very poor. But the way he preformed was amazingly stupid. Despite my bad position i didn't need to attack. Because he attacked me!
The result was a unnecessary lost of his Soviet troops.

The battle started out with me spotting his AT gun. 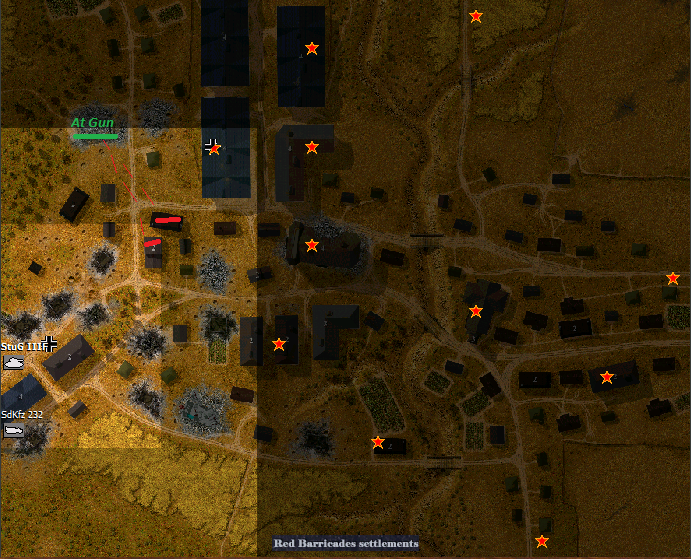 It was a nice try, but i quickly killed the AT guns team with small arms fire. And a few mortar rounds for good measure.
I saw a few soviet soldiers launching a aggressive attack from that direction, but they were also gunned down.


At the start of the battle i tried to take this lvl 2 building. But my German troops were quickly wiped out. I thought this would serve as an example to Doug that defending would be a better strategy. But after that he launched his suicidal attacks. 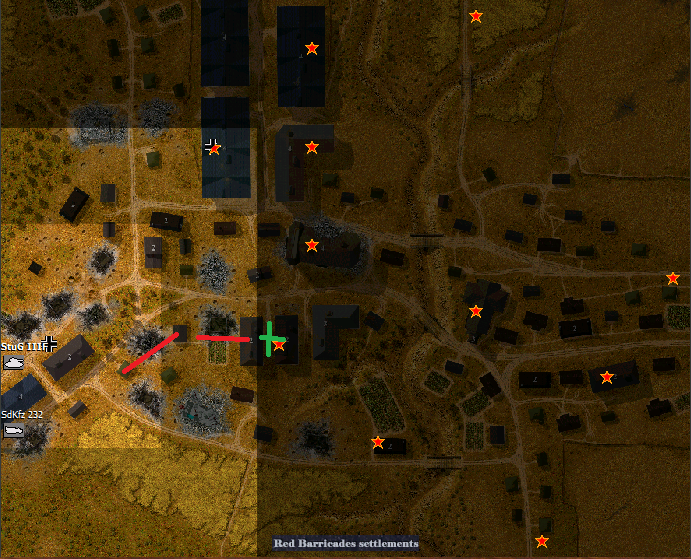 From there on then he just continued to attack. His stupidity annoyed me. Why would he attack?
The battle quickly ended because Soviet morale got to low.
Feel free to make fun of him. and tell him how much he sucked. 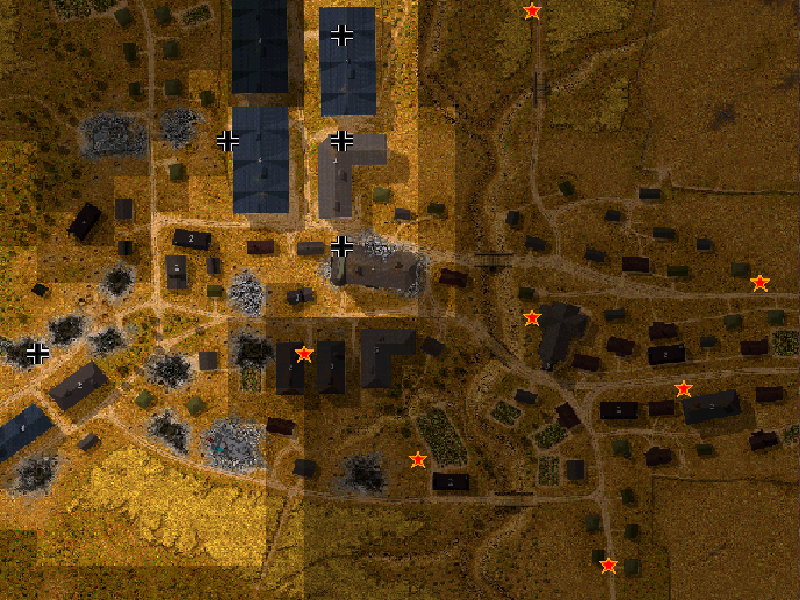 As a result he lost many troops. While i lost very few.
I gained the valuable apartments to the north. And more importantly the prized administration building in the center.

In his defense (what defense)  you could argue that by wasting all his troops he ended the battle quicker. And potentially saving the map from further German advance.

But i find that hard to swallow. My position was so bad. It felt impossible for the Germans to make a safe advance. And now im in a far better position. ^^^^^^^

On the other hand i still had Armor.
And that may of made a difference. I tend to keep my Armor hidden until im lunching an attack.
Now during the next battle Doug has the chance to to hide AT guns between buildings.

Will Doug recover,learn or capitalize from his defeat?
I think Stalin wants a proper defense of the Red barricades settlement..

Keep reading to see what happens.

Next battle he does a bit better.